The next period, beginning in 1834, saw Hokusai working under the name "Gakyo Rojin Manji" (The Old Man Mad About Art). It was at this time that Hokusai produced One Hundred Views of Mount Fuji, another significant landscape series.

In the postscript to this work, Hokusai writes:

From around the age of six, I had the habit of sketching from life. I became an artist, and from fifty on began producing works that won some reputation, but nothing I did before the age of seventy was worthy of attention. At seventy-three, I began to grasp the structures of birds and beasts, insects and fish, and of the way plants grow. If I go on trying, I will surely understand them still better by the time I am eighty-six, so that by ninety I will have penetrated to their essential nature. At one hundred, I may well have a positively divine understanding of them, while at one hundred and thirty, forty, or more I will have reached the stage where every dot and every stroke I paint will be alive. May Heaven, that grants long life, give me the chance to prove that this is no lie. 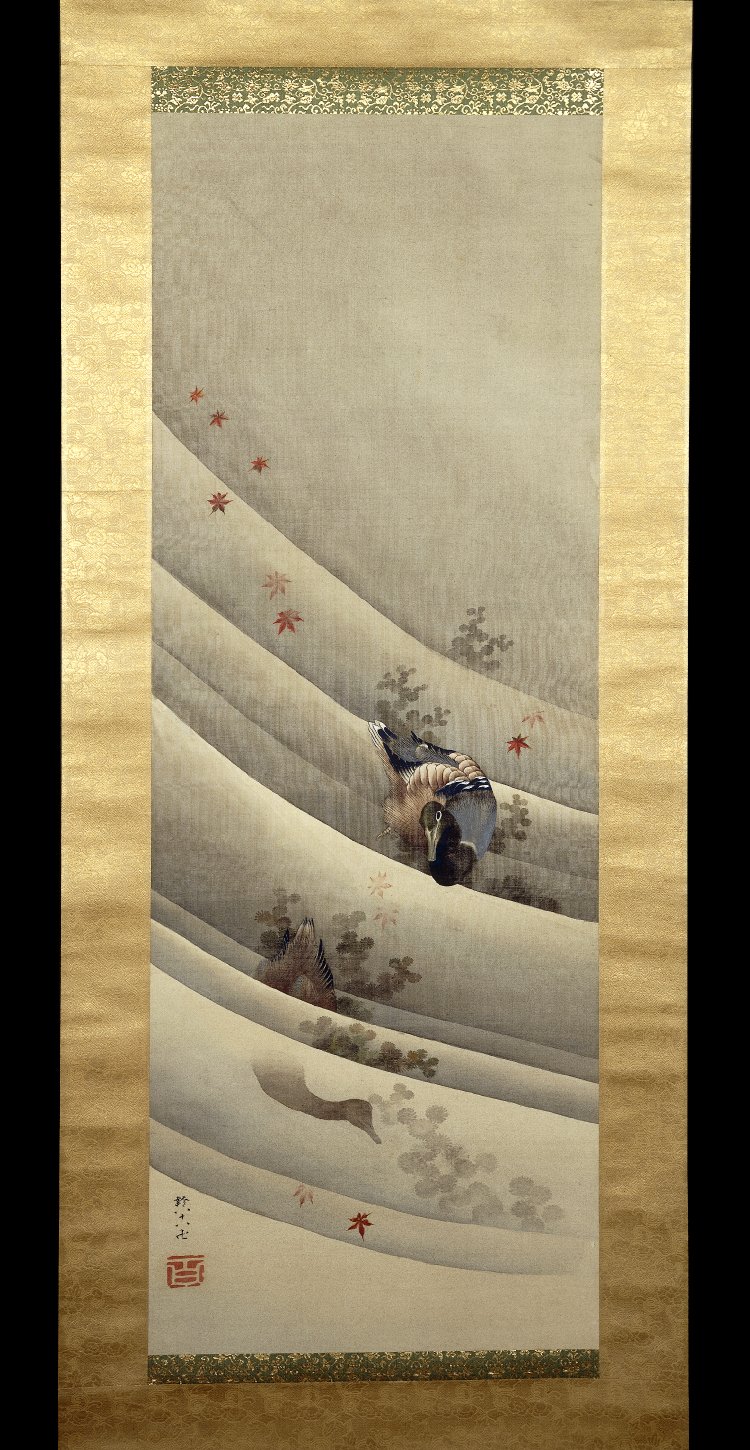 Ducks in a stream

In 1839, disaster struck as a fire destroyed Hokusai's studio and much of his work. By this time, his career was beginning to wane as younger artists such as Ando Hiroshige became increasingly popular. But Hokusai never stopped painting, and completed Ducks in a Stream at the age of 87. Constantly seeking to produce better work, he apparently exclaimed on his deathbed:

If only Heaven will give me just another ten years... Just another five more years, then I could become a real painter.

A short four years after Hokusai's death, an American fleet led by Matthew C. Perry sailed into Tokyo Bay and forced Japan to open its arms to the west.

Hokusai's career spanned the last age of Japanese history before its interaction with The West would change the course of the nation.

* top image: Poem by Sôjô Henjô, from the series One Hundred Poems Explained by the Nurse c1835-6
© Museum of Fine Arts Boston