The next period saw Hokusai's association with the Tawaraya School and the adoption of the name "Tawaraya Sori." He produced many brush paintings, called surimono, and illustrations for kyoka ehon during this time. In 1798, Hokusai passed his name on to a pupil and set out as an independent artist, free from ties to a school for the first time, adopting the name Hokusai Tomisa.

By 1800, Hokusai was further developing his use of ukiyo-e for purposes other than portraiture. He had also adopted the name he would most widely be known by, Katsushika Hokusai, the former name referring to the part of Edo where he was born and the latter meaning, 'north studio'. That year, he published two collections of landscapes, Famous Sights of the Eastern Capital and Eight Views of Edo. He also began to attract students of his own, eventually teaching 50 pupils over the course of his life.

He became increasingly famous over the next decade, both due to his artwork and his talent for self-promotion. During a Tokyo festival in 1804, he created a portrait of the Buddhist priest Daruma said to be 600 feet (180 m) long using a broom and buckets full of ink. Another story places him in the court of the Shogun Iyenari, invited there to compete with another artist who practiced more traditional brush stroke painting. Hokusai's painting, created in front of the Shogun, consisted of painting a blue curve on paper, then chasing a chicken across it whose feet had been dipped in red paint. He described the painting to the Shogun as a landscape showing the Tatsuta River with red maple leaves floating in it, winning the competition.

1807 saw Hokusai collaborate with the popular novelist Takizawa Bakin on a series of illustrated books. The two did not get along due to artistic differences, and their collaboration ended during work on their fourth novel. The publisher, given the choice between keeping Hokusai or Bakin on the project, opted to keep Hokusai, emphasizing the importance of illustrations in printed works of the period. 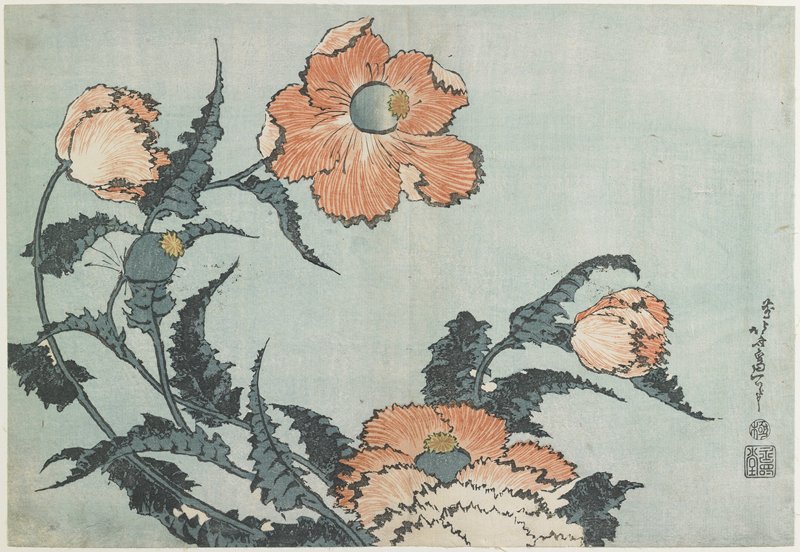 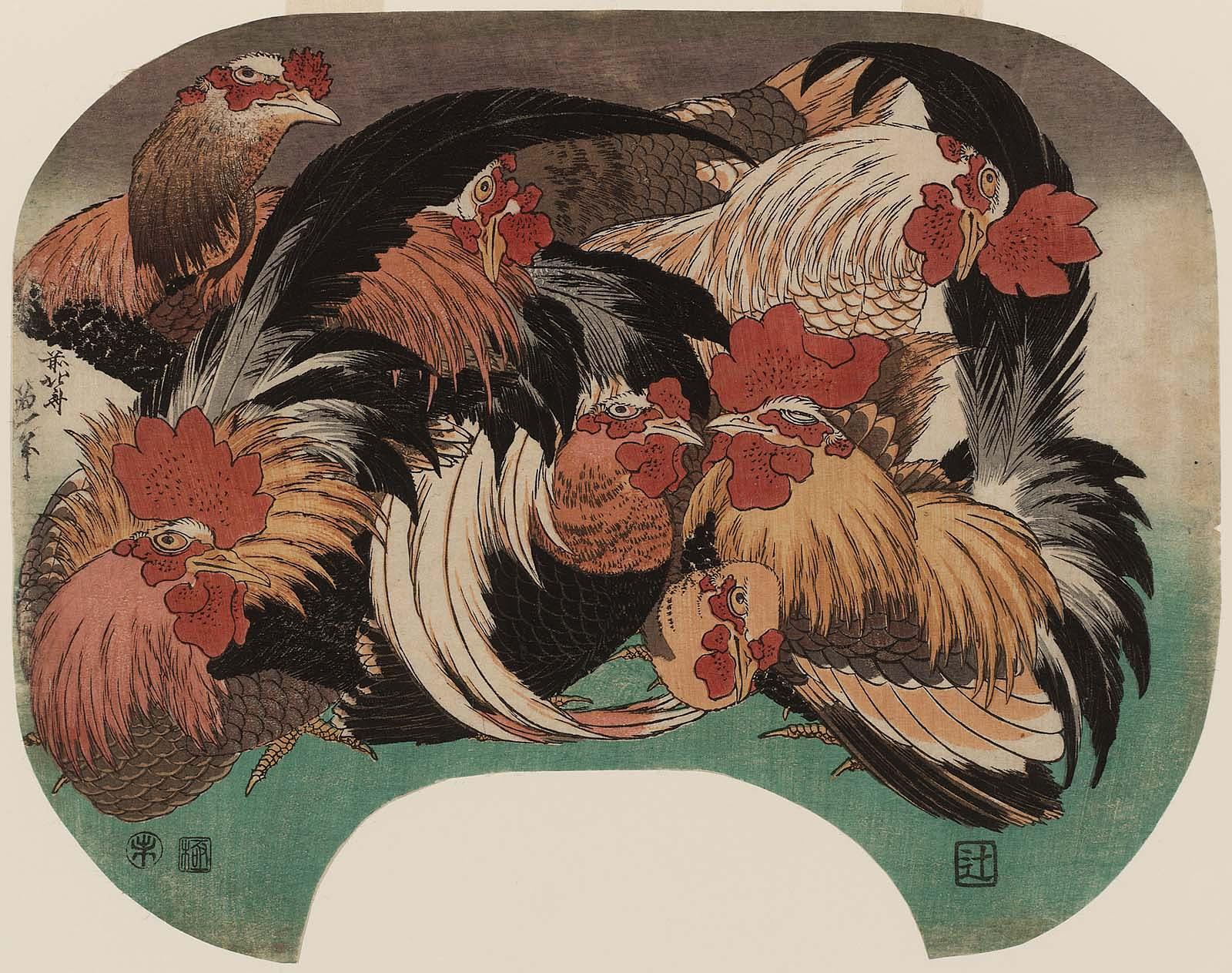 In 1811, at the age of 51, Hokusai changed his name to Taito and entered the period in which he created the Hokusai Manga and various etehon, or art manuals. These etehon, beginning in 1812 with Quick Lessons in Simplified Drawing, served as a convenient way to make money and attract more students. The first book of Hokusai's manga, sketches or caricatures that influenced the modern form of comics known by the same name, was published in 1814. Together, his 12 volumes of manga published before 1820 and three more published posthumously include thousands of drawings of animals, religious figures, and everyday people. They often have humorous overtones, and were very popular at the time.

In 1820, Hokusai changed his name yet again, this time to "Iitsu," a change which marked the start of a period in which he secured fame as an artist throughout Japan (though, given Japan's isolation from the outside world during his lifetime, his fame overseas came after his death).

It was during the 1820s that Hokusai reached the peak of his career. His most famous work, 36 Views of Mount Fuji, including the famous Great Wave off Kanagawa, dated from this period. It proved so popular that Hokusai later added ten more prints to the series. Among the other popular series of prints he published during this time are A Tour of the Waterfalls of the Provinces and Unusual Views of Celebrated Bridges in the Provinces. He also began producing a number of detailed individual images of flowers and birds, including the extraordinarily detailed Poppies and Flock of Chickens. 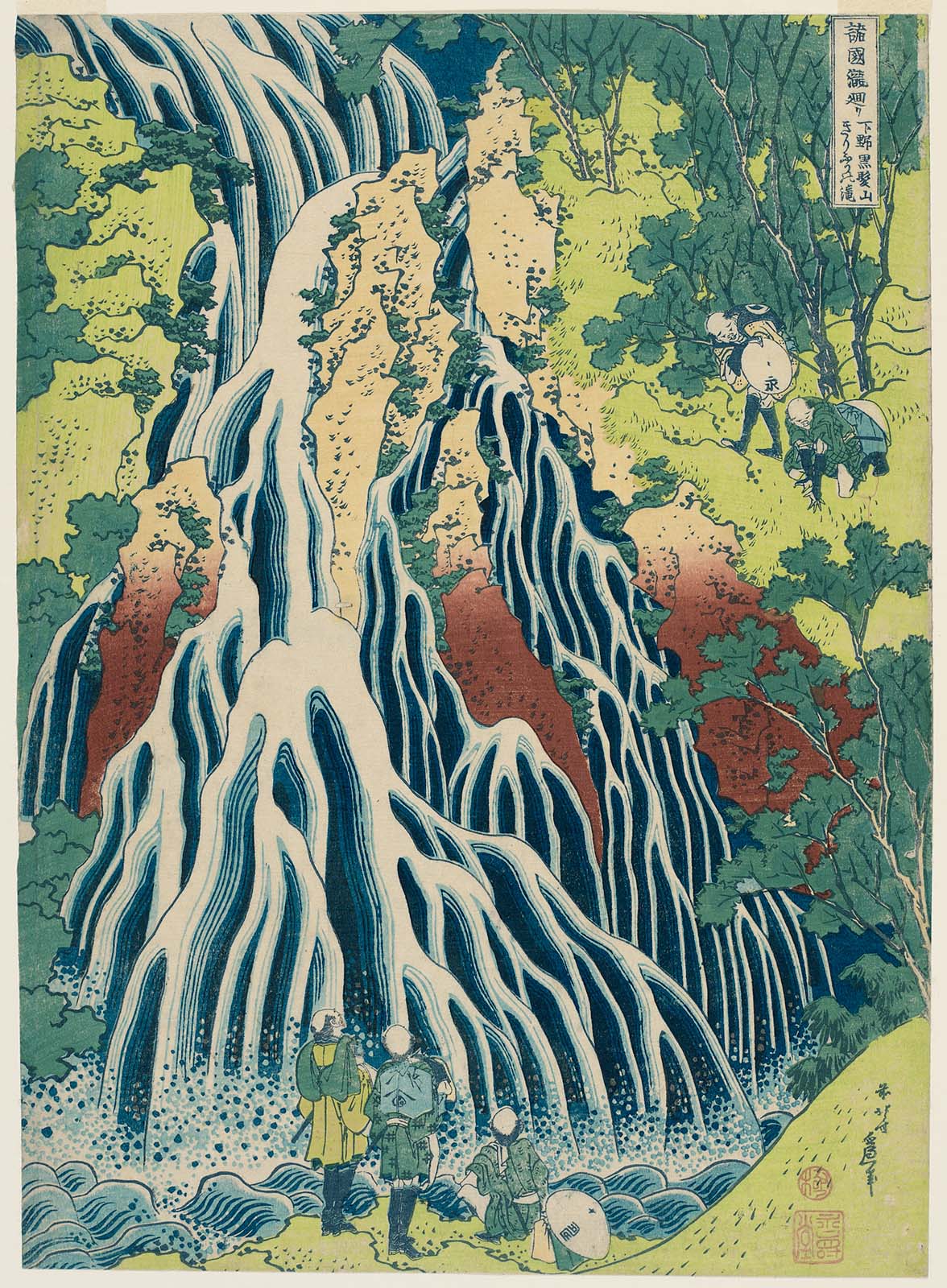 The Falling Mist Waterfall at Mount Kurokami in Shimotsuke Province 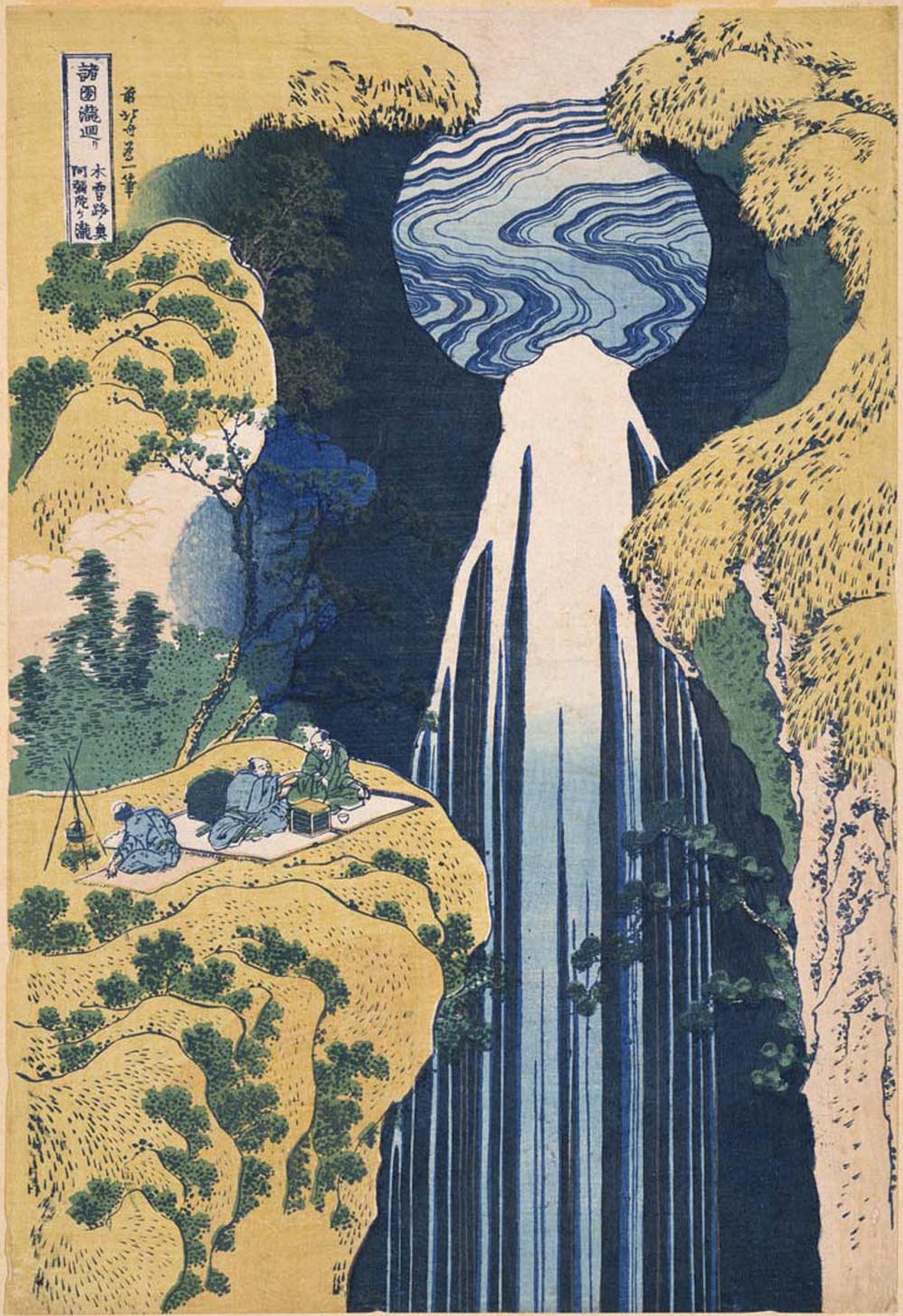 The Amida Falls in the Far Reaches of the Kisokaidô Road 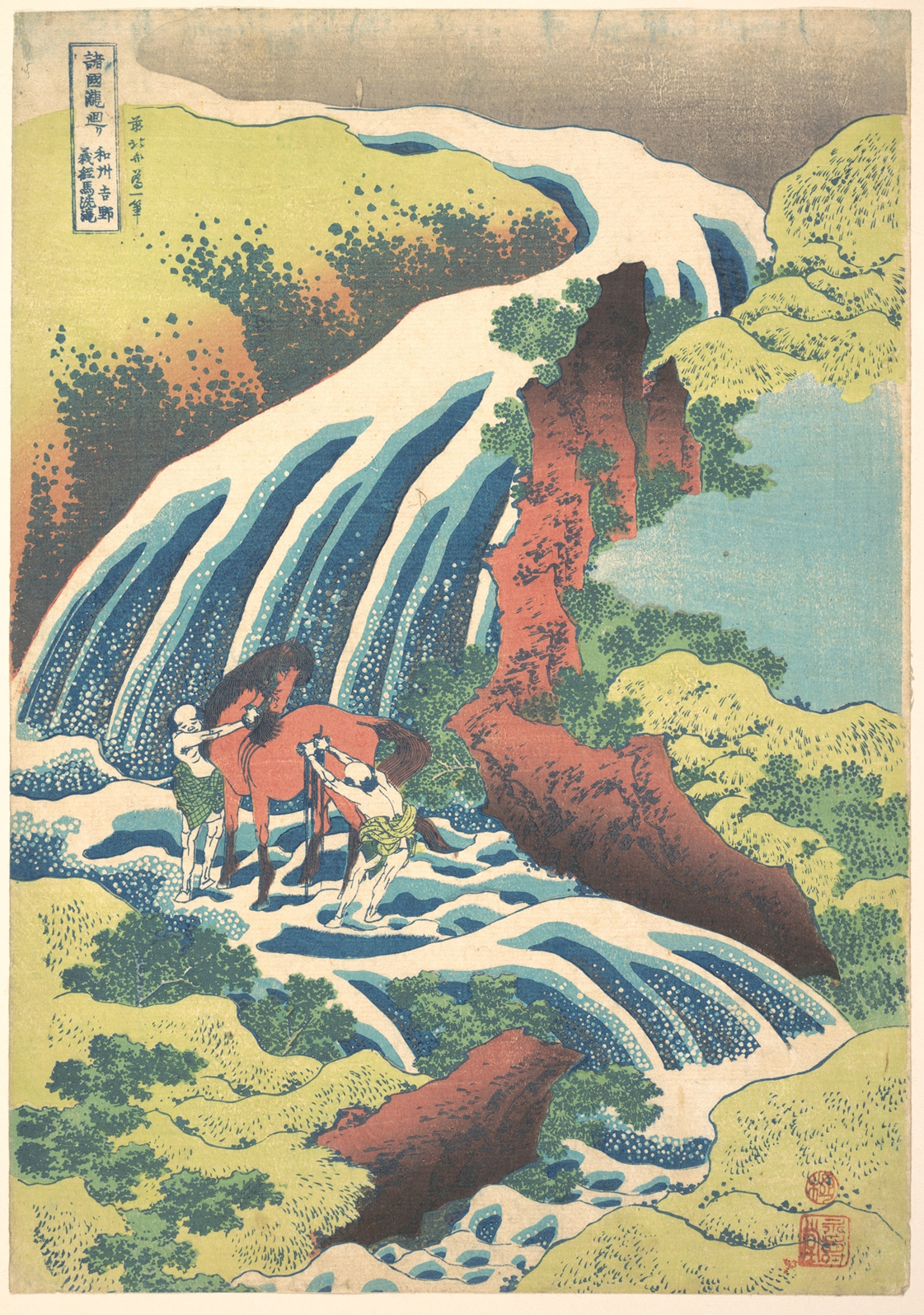 Next: His Later Life >